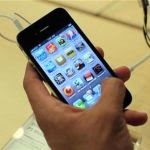 The rising trend shows that a majority of Americans are using their smartphones to access the Internet.  The Pew Research Center survey found 63 percent of mobile phone owners now use their smartphone to go online.   According to a recent study conducted by Google, the number of people with an internet-capable mobile device has surpassed that of desktop or laptop computer owners.

Smartphones are becoming more and more powerful, and today's cutting-edge models are well capable of doing most of the tasks that one would usually perform on a desktop or a laptop computer – surfing the web, accessing social networks, watching HD video, and much more.  At the same time, the advancement of wireless networks has brought true broadband speeds to our mobile devices, with some smartphones well capable of reaching real life data transfer rates between 10 and 20 megabits per second.
Posted at 3:43 PM